Music for the unborn: Music Therapy helps babies at BC Women’s NICU thrive 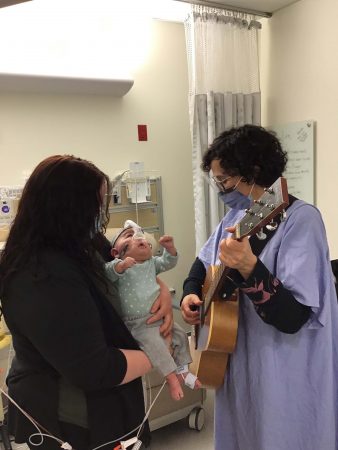 The womb is a noisy place. Much like the real world, with traffic noises and constant chatter, a baby in the womb is overwhelmed with the sound of the mother’s heart beating, blood rushing through her veins, and her voice vibrating against her bones. These sounds are vital for the fetus’ auditory development. Growing familiarity with the chaotic noises allows them to arrive into the world already being able to recognize these sounds. However, when a baby is premature, they lack the tolerance for noise. This also applies to hearing the mother’s voice, which has been proven to help unborn babies in distress, and growing that familiarity and comfort that translates later in life. Premature babies who receive music therapy in a NICU often thrive earlier on and receive a shorter hospital stay than babies who do not receive music therapy.

One in every ten babies are born premature, put into incubators until they develop lungs and immune systems, and are often unable to be held. Less than 10% of premature babies don’t make it. However, it is still a heartbreaking moment for parents to watch their baby being wheeled out of the room, with tubes breathing for them. This experience can take a toll on a family, and that’s when music can impact more than just a healing baby. Watching a child’s progress in healing go from slow motion to a healthy speed of weight gain, brain, and organ development while keeping them comfortable and calm must be a sight to see. And in turn, it makes the experience for the family much more bearable.

At BC Women’s NICU, baby Drayton’s experience was valuable. Carol Weidemann, a music therapist, used music to bring joy into his day-to-day life in the hospital and he even began to dance to the music and smile. When he was restless and couldn’t sleep, a voice recording of his mom’s voice would soothe him to sleep. Music therapy being introduced into NICU’s course of treatment for preterm infants can help support their cognitive, psychological, and physical needs, especially when they are born during a critical time for auditory development. With the improvement of the infants cognitive and sensory skills, the babies stress and pain levels are decreased, which also decreases their length of stay and increases growth. Often, the comfort that music provides to lower their stress also increases how much food they consume, resulting in improvement in weight which is vital for NICU babies. 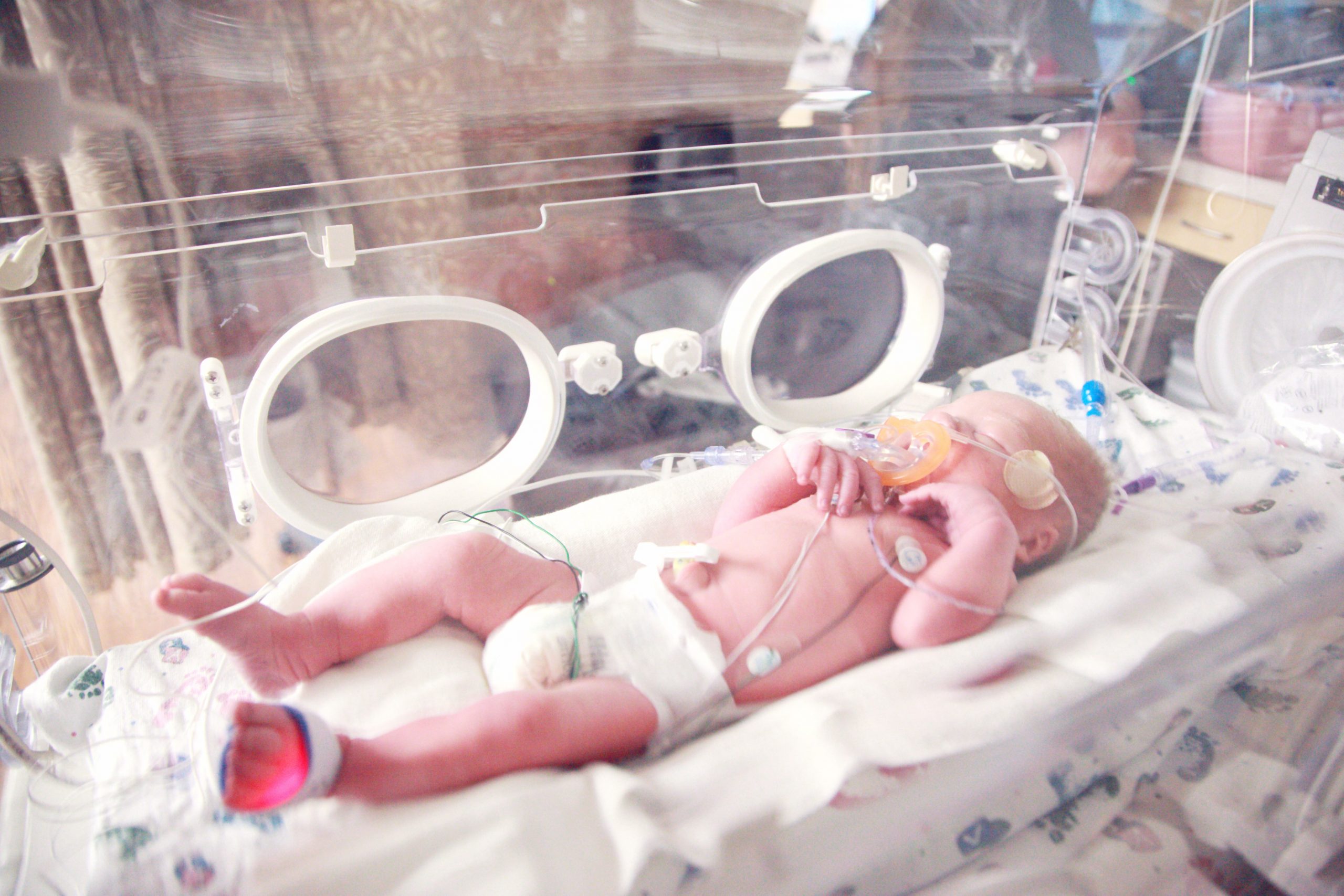 Having a baby in the NICU will still be overwhelming for all parties involved, no matter the rate of improvement. Parents are expected to stretch themselves thin, traveling home and back to go to work, or taking care of their other children at home while still coming back to the hospital to visit their baby. For babies like Drayton, whose stay at BC Women’s NICU lasted 7 months, it becomes especially challenging for the baby as well.

David Burchfield, Chief of Neonatology, stated “prematurity interrupts normal developmental stimulus, especially if the baby is isolated away from the mother and exposed only to mechanical sounds and alarms.” A hospital lacks the comfort of one’s own home and bed, with strangers coming in and out, poking and prodding, surrounded by machines and tubes and stuck in an incubator. The bonding experience between mother and baby is also disrupted early on, as some premature babies cannot be held, and the absence of the mother’s presence and voice can feel distressing. However, playing recorded music and recordings of the mother’s voice has shown to be effective in providing a relaxing and soothing environment for infants once the maternal comfort of the womb is gone.

Hearing music has shown to have the same effect in premature babies as hearing their own mother’s voice. A study at Stanford University School of Medicine noted that hearing your mother’s voice activates parts of the brain related to emotion and social functioning, and it brings an important source of emotional comfort to children. If both music and a mother’s voice bring children the same benefits, it answers the question of why music has such a massive impact in so many lives whether it is for pain management, brain development, or just enjoyment. If music can help with memory, thinking, sensory, and motor skills while managing stress, physical and emotional pain levels in most kids and adults, the benefits of listening to music from the womb or from birth can be immeasurable. 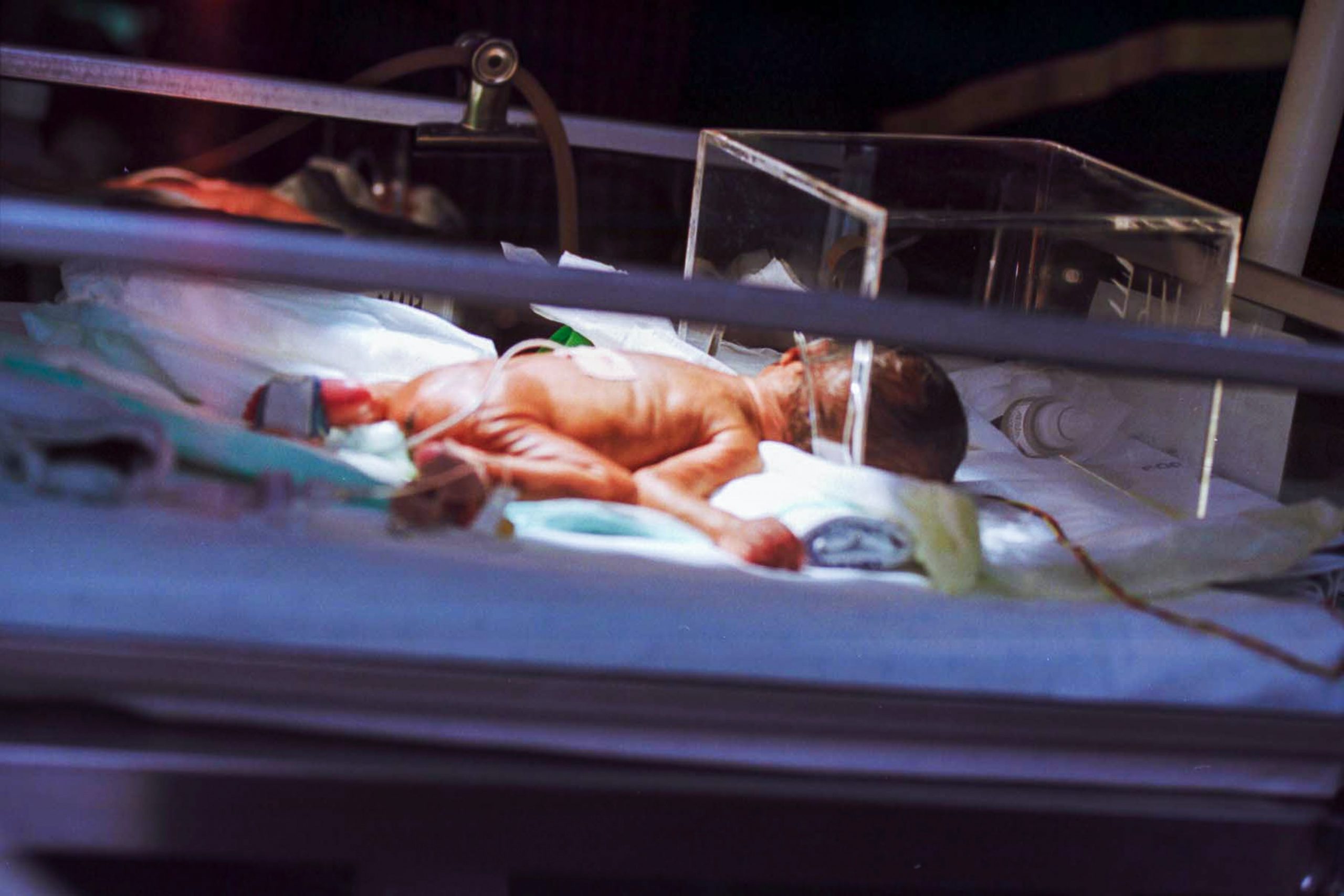 You can find a great playlist to play for your unborn child, or premature baby, on Music Heals’ Spotify. “Music for The Unborn” has relaxing, melodious tunes that will both stimulate your baby’s hearing and feel like a mother’s loving embrace.